January 4 – Cover Cropping 2.0 taught by Justin McMechan, Extension Cropping Systems Specialist& Paul Jasa, Extension Engineer sponsored by Sustainable Ag Research and Education (SARE).
Session Description: Utilizing cover crops has been a popular topic for many workshops and conferences. This session will focus on the next level of cover crops beyond the basics. Justin McMechan will provide an overview of pest and beneficial insects in cover crop systems, as well as strategies and practices for mitigation the risk of pests in cover crops. Paul Jasa will discuss the latest techniques to taking cover crops to the next level on your farm.

January 11 – Alternative Crops taught by Nathan Mueller, Extension Educator& Stephen Baenziger, Professor of Agronomy  and sponsored by Farmers Union.
Session Description: Winter barley can be used for malting, as a feed grain, for forage, and as a component of a cover crop. Stephen Baenziger will discuss the benefits and needs for each of these uses, as will be the differences between winter wheat and winter barley production systems. Yellow field peas are another alternative crop gaining interest in the area. Nathan Mueller will share his knowledge on adopting this crop into your rotation.

January 18 – Spray Drift Management taught by Greg Kreuger, Associate Professor & sponsored by Nebraska Soybean Board.
Session Description: Featuring a mobile lab, this session will provide one of the most complete sessions on pesticide applications that can be found. Information will be given on the major factors influencing drift, an overview on nozzles that are used for broadcast applications, how to utilize the label to maximize pesticide applications, and points to consider when setting up to manage weeds. The session will also cover the latest research at the Pesticide Application Technology Laboratory located at the University of Nebraska-Lincoln’s West Central Research and Extension Center which one of the world’s leading research facilities on pesticide application technology.

January 25 – Changes in Ag taught by Tyler Williams, Extension Educator& Hilary Maricle, Commonground Nebraska with Ag Tech Panel: Joe Luck, Associate Professor, & Kelly Maaske, Midwest Farmers Cooperative, & a local ag producer and sponsored by  Midwest Farmers Cooperative.
Session Description: One thing that doesn’t change in agriculture is the fact it is constantly changing; however, it is changing faster than ever. Keeping up with the changes can be challenging, but a necessary part of a successful operation. This session will feature speakers talking about changes in our weather and climate, as well as changes in the consumer and their demands. There will also be a panel discussion on changes in ag technology featuring University and industry experts, as well as local producers. 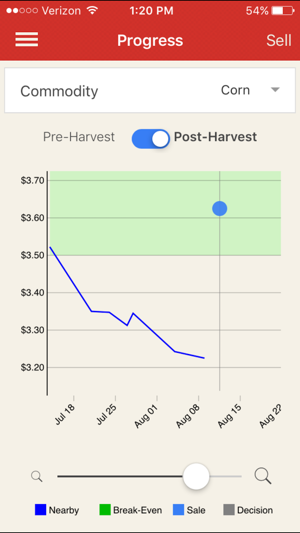 February 8 – Ag Marketing taught by: Austin Duerfeldt, ExtensionEducator& Cory Walters, Associate Professor & sponsored by Farmers Cooperative
Session Description: We will discuss how to develop a written marketing plan and understanding basis and carrying charges, using location-and commodity-specific information. The session will also feature the Marketing in a New Era simulator and the Grain Marketing Plan smartphone application. All attendees will be given access to a computer to follow along.

For more information on these programs, call Lancaster County Extension at (402) 441-7180 or go to Lancaster.unl.edu/ag. Cost is $15 for the series or $5/session at the door. Online viewing is free.

Those of us in agriculture are no stranger to risks involved with agriculture that are taken every day, whether it is financial, production, legal, price/market or human resource risks. While we can’t control everything, there are measures that can be taken to protect one’s operation and reduce risk. Each year the Farmers & Ranchers College hosts Dr. David Kohl, Professor Emeritus from Virginia Tech who does an excellent job describing global risks which affect us locally and how those risks will affect the agricultural industry.

Kohl reminded those in attendance that in order for there to be an economically viable crop industry, there must be an economically viable livestock industry. With lower crop commodity prices, producers must find ways to reduce their cost of production. The top farm managers will still earn a profit because they are aware of their costs and are resilient and agile. While prices are “hotter than a pepper sprout” for cattle producers, usually when a cattle cycle changes, it happens abruptly and warns on complacency.

Four factors globally to watch that will affect commodity prices are geopolitical factors, trade tensions, natural resources availability and economic reform. Back home in the U.S. concerns for higher interest rates will have an impact on operations based on the unemployment state, GDP growth and inflation. Kohl predicts that by spring or mid-summer interest rates will rise, so producers should be prepared.

In a survey Kohl conducted, he found that 72% of producers are complacent and either don’t use measurements to improve their farm or decision making or only track records to “get by” for taxes and crop yields. This is troubling, especially with lower commodity prices since cost of production has remained constant or higher. Producers need to have a solid handle on their cost of production and have some grain marketed. Land leases will be important and knowing your landlord beyond the finances can help when communicating with them. Those tenants who were fair to their landlords when prices were high will likely fare better than those who were not.

Those producers who surround themselves with “good people” will be successful. This includes a producer’s lender, supplier, etc. Have an advisory board to coach you along and help you make tough decisions and evaluate your financials. Ensure you have the right person “driving the bus” who helps you go the right direction, even though there might be an occasional detour. A well-organized plan with goals is essential. The increase in cost of living is also a huge concern, as it is very hard to cut the cost of living when a family has grown accustomed to certain things.

Tina Barrett with the Nebraska Farm Business, Inc. recently documented that the average cost of living in 1994 was $34,000 and held pretty steady through 2004. Since then, there has been a persistent increase each year. Not surprising that 2004 was the first of 10 years of a record high net farm income. When farm income went up, family living followed right behind. So as farm income declines, what will happen with family living costs? Also interesting to note that recreation was the largest increase, rising from $1,776 in 2004 to $9,081 in 2013, or a $7,305 increase, followed by a $5,550 increase in personal care and $5,339 increase in household supplies. Barrett says clients often bring up what their neighbors are doing and want to be able to afford that. For example, “The Jones went on a 3 week cruise and the Smiths built a new house and the Andersons bought a lake house and the Johnsons have a new Escalade.” The truth is sometimes we don’t know if those families were saving up for years to do some of those extra things. We can only control our own costs and allocate what we can afford for our own situation. This is very similar to Dr. Kohl mentioning that family living costs nationally have grown well over $100,00 and in some cases to $200,000, while the modest producers have only grown to $50-75,000. There will need to be a lot of belt tightening.

In summary, Kohl reminds us that goal setting, record keeping, an advisory board, having working capital and good relationships with those whom influence your management decisions are important golden rules for producers to follow. My next post will feature great information for millennials wanting to return to the farm or rural communities.